In the Warcraft Pets Discord, the user Lucifa42 pointed out that Breanni in Legion Dalaran had a new quest for us:

Please keep in mind that for later steps in the quest you'll want to be level 60, as the enemies do not scale. Once you get Fiona, you have to track three onlookers who are spying on the pet shop: 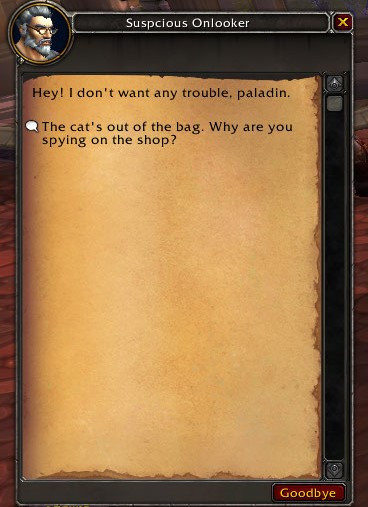 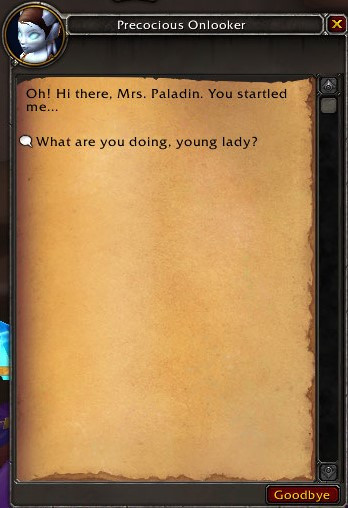 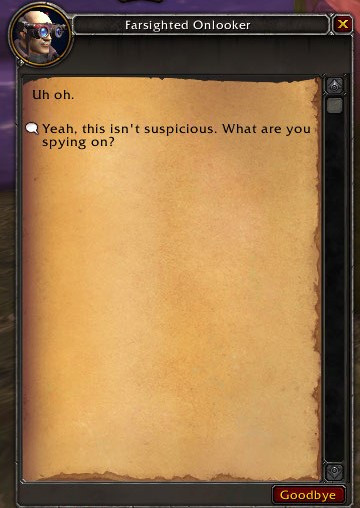 After you investigate, you head back to Breanni in the Pet Shop: 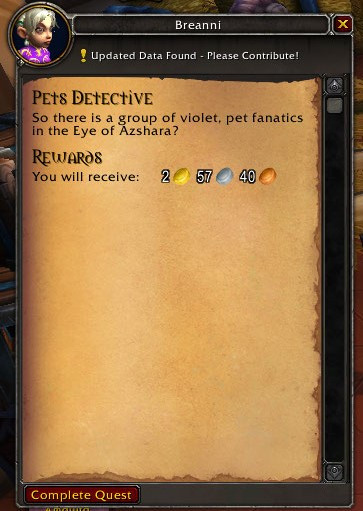 She then sends you out to the Eye of Azshara (the actual island, NOT the dungeon) to check up on her supply manager: Zantini: 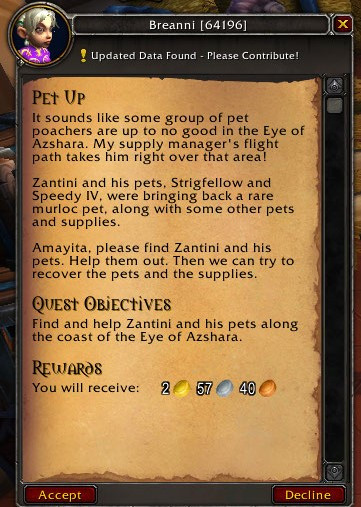 Once you get there you'll use your Lovely Pet Bandage to save Zantini and his pets, Stringfellowe & Speedy IV: 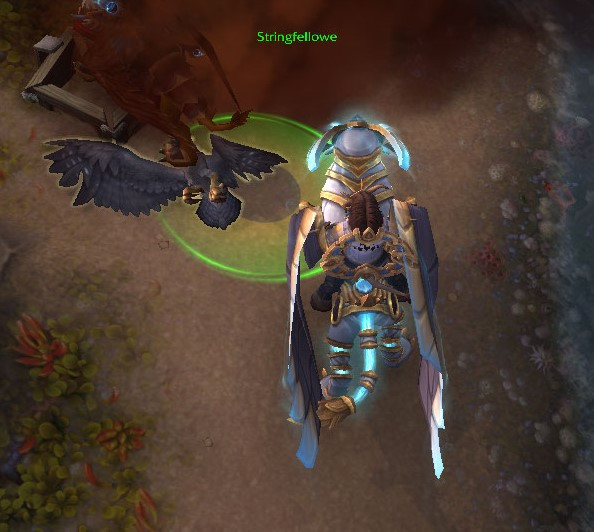 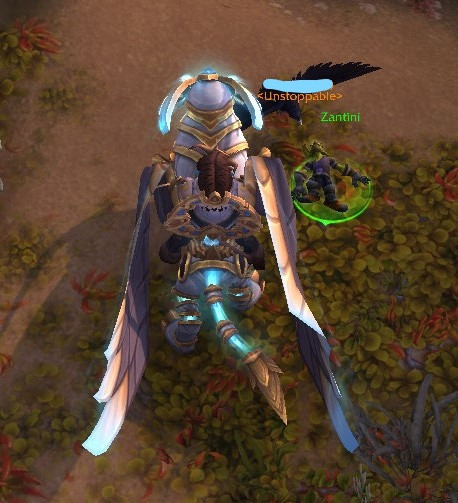 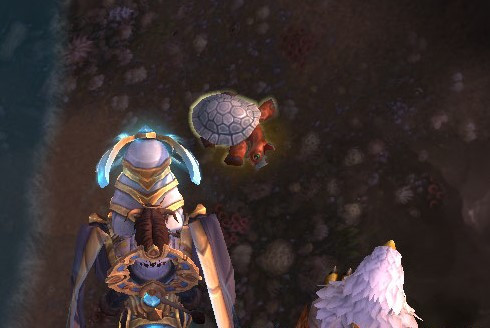 Then you'll speak with Zantini, and pick up a quest to recover the pet supplies that were scattered when he was shot down: 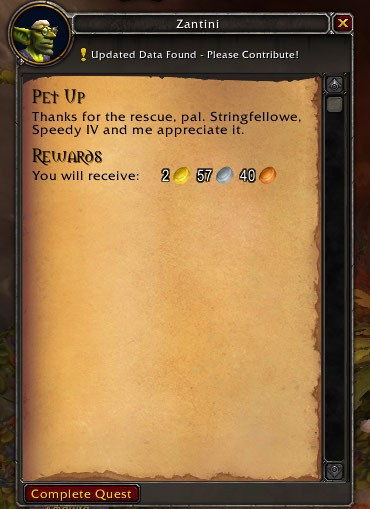 At this point you'll team up with Speedy the IV to gather the supplies. Be mindful of the Crocolisks, as they'll one-shot you, and the Violet Sail Pirates will chew through your health pretty quick. You have a Stun, a Speed Boost, and a Heal over Time spell. If Speedy passes out, head back to where you teamed up with them the first time and click on them again: 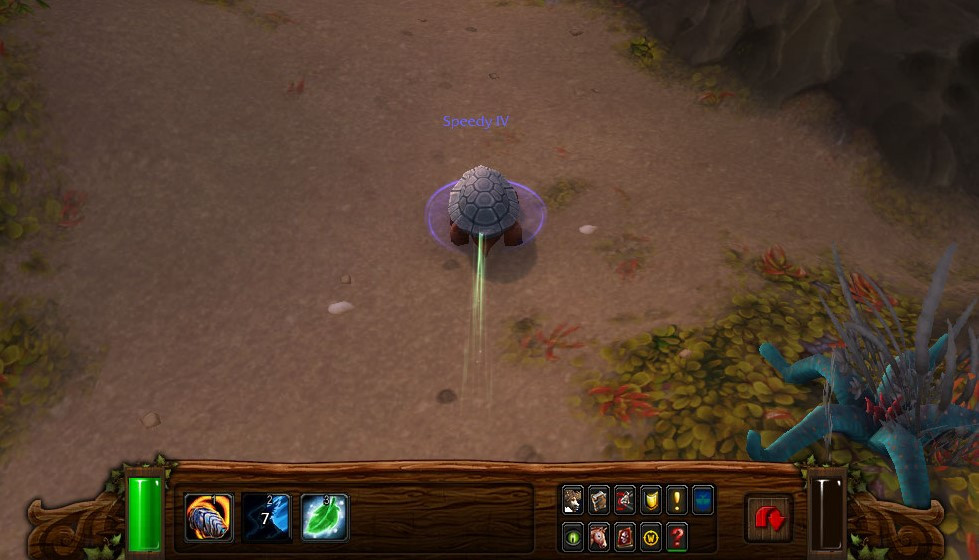 Once you get the supplies head back to Zantini. Now that you've recovered the supplies, it's time to rescue some pets! 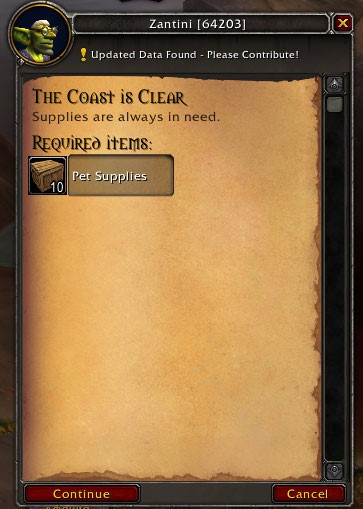 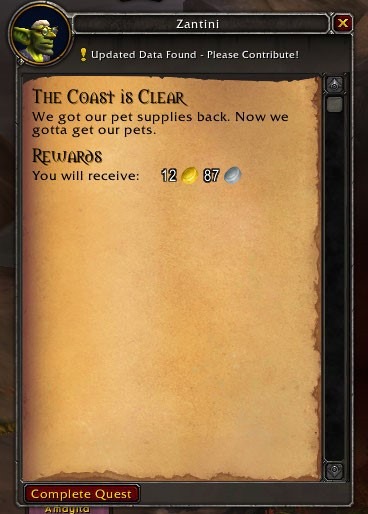 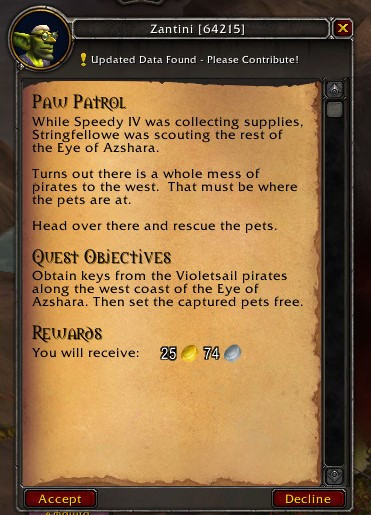 After picking up the quest, head over to the area next to where the Hydra boss is for the Eye of Azshara dungeon, and kill some pirates to get their keys and free our friends! 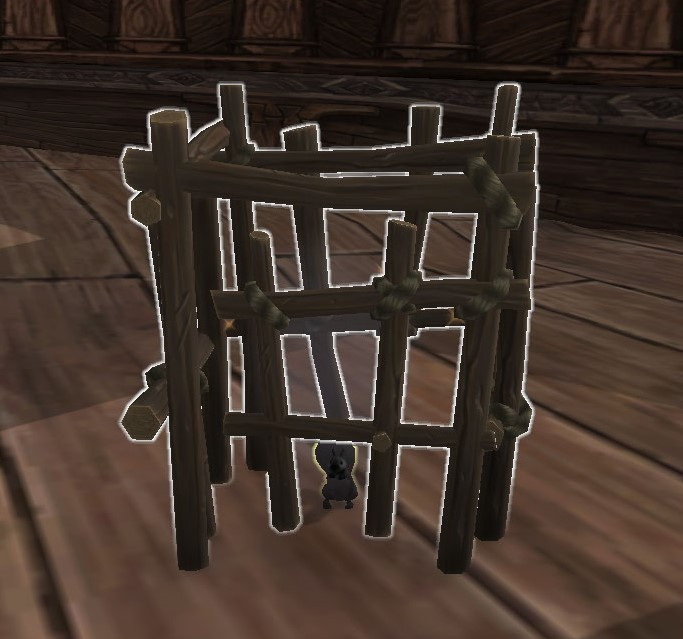 However, we didn't see Gurgl. Thankfully, Stringfellowe was on patrol and spotted the culprit: Trainer Iris Greedsway <Violetsail Captain> 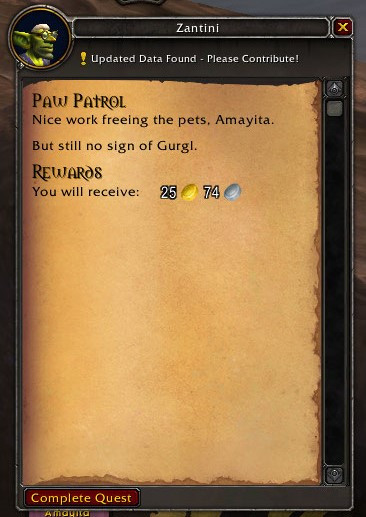 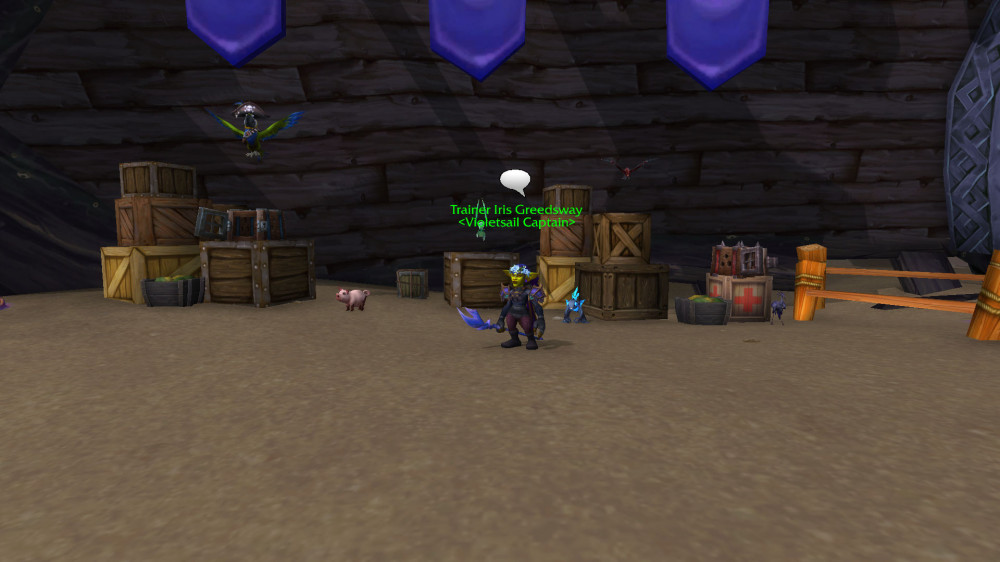 As of right now, the team has a few errors, which may be a reference to Pokémon:

But it's not a terribly difficult fight. It's against a Magic, Flying, and Humanoid. I used double Anomalus and didn't need my third pet. Feel free to add your own strategy in the new section here for Gurgl:

Once they're defeated it's time to rescue Gurgl and head back to Breanni: 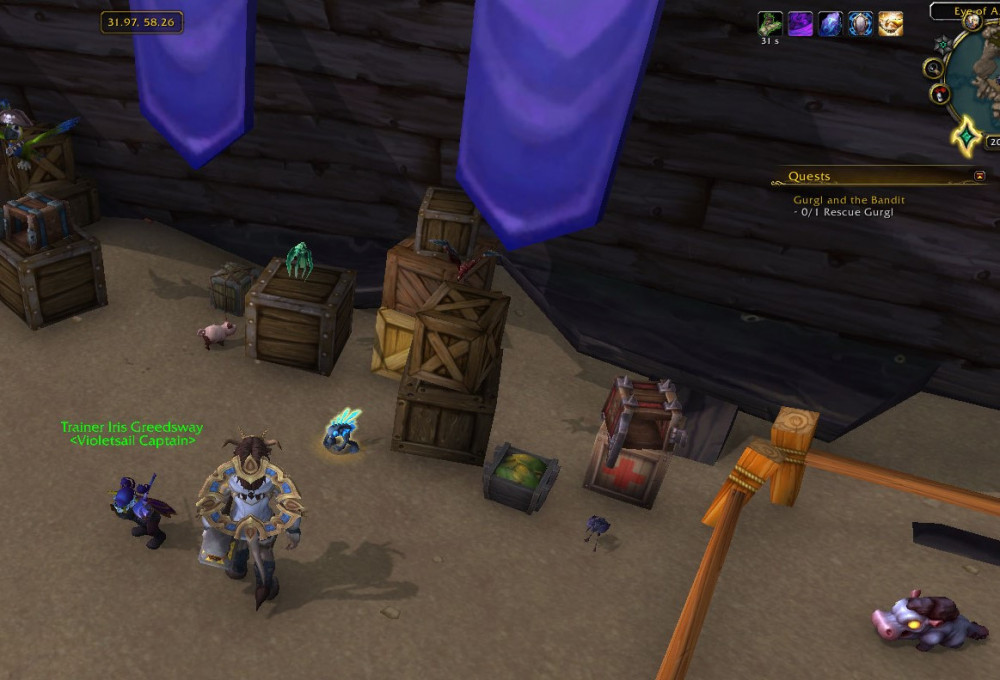 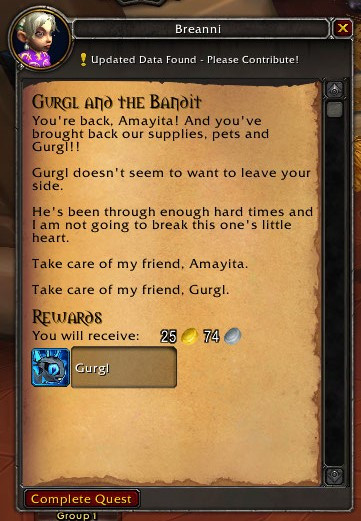 And that's it -- grats on your new, adorable murloc! 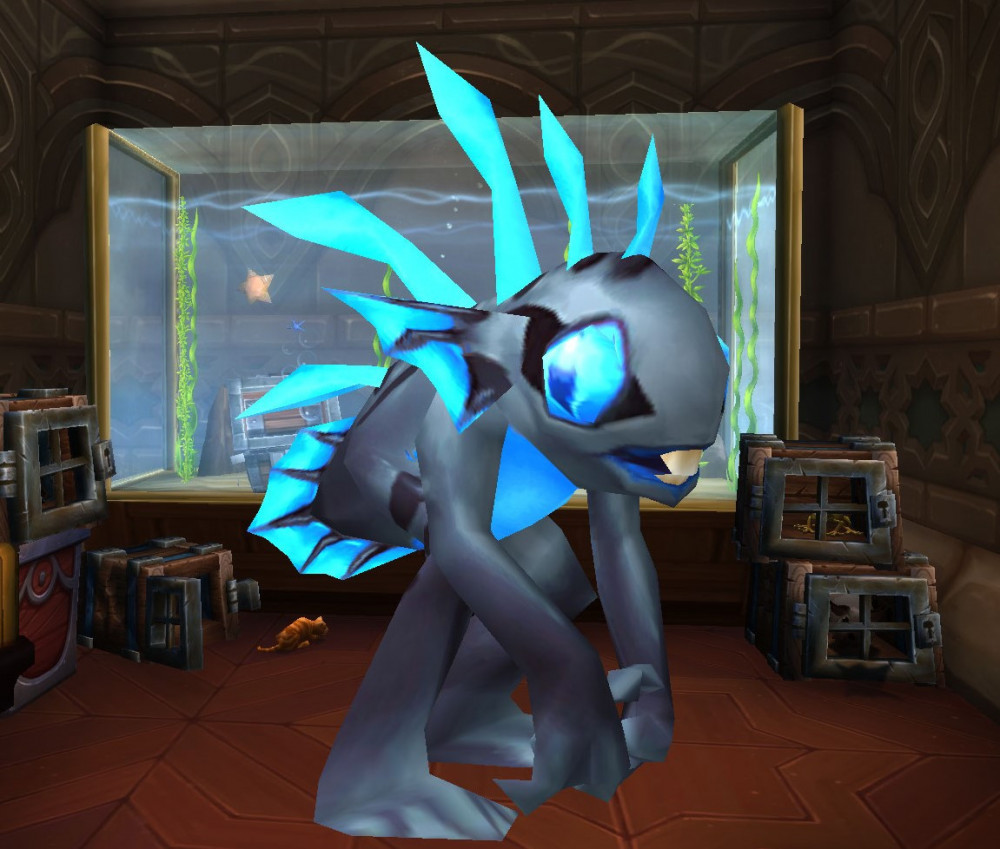 We at Xu-Fu's wish you all the best in your pet collecting endeavors, and until next time: Happy Battling!